I’m a member of Quirky.com, a social product development community that accepts ideas from anyone and allows community members to improve product concepts and “vote” to bring them production, and this Cloak case hit my radar a few months ago. The Cloak finally started shipping within the past week and I received my Cloak case today. I do plan to do a full review of the case but wanted to post a first look video of it to give an overview of the case for those of you thinking of ordering one now that they’re available:

My first impressions of the case are both good and bad. I like the versatility of the case with its pop-out stands and the good grip and protection it offers. On the negative side, the case is very heavy at 1.2 lbs so it’s almost like holding a second iPad in your hands (the iPad itself weighs 1.5 lbs).
Check out my video above and let me know if you have any questions about the case that you’d like me to cover in the full review. If you want to go ahead and check out or buy the case on Quirky’s site, you can find it here. (Disclosure: I earn credit with Quirky for any purchases made through that link.)

Though I’d actually recorded this video earlier this week, I thought today would be the perfect day to publish it. If you haven’t already heard, Apple announced today at a special press conference that they will be offering a free Bumper case (other cases from 3rd-party manufacturers will also be available to choose from) to all iPhone 4 owners in an attempt to make up for the signal reception issues many have experienced with the device’s new exterior antenna design.

I’ve been using an official Apple Bumper case for the past couple of weeks and I wanted to share my opinion of it. Overall, it’s a very minimalist case that offers little drop protection though it is quite well-designed (which is exactly what I’d expect from Apple when it comes to an accessory for their flagship portable product). In particular, I think it poses a few issues for those who use 3rd-party accessories that connect to the dock connector or headphone jack and I demonstrate my findings in this video.
I don’t think the Bumper case is quite worth $29 given how little protection it provides but you iPhone 4 owners out there won’t have to worry about that since Apple will given you one on the house (or they’ll refund you if you’ve already purchased one). Look for the details on the offer later next week on Apple’s site (I’ll also post a link here when it’s available).
I can replicate the “death grip” on my naked iPhone 4 that causes the cellular data connection to be drastically reduced. The Bumper case does indeed prevent this for me since it prevents my hand from bridging the connection between the two separate antennas that constitute the iPhone 4’s exterior metal band. Though many of you might claim that I’m an Apple apologist/fangirl for saying this, this isn’t a big issue for me. I have read warnings about holding cell phones a certain way in order to avoid “blocking” the cellular antenna in the manuals for most, if not all, of the cell phones I’ve owned before the iPhone. It is a problem faced by all cell phones with internal antennas these days and the iPhone is no different. I’ve never dropped a call because of this issue and it hasn’t impeded my use of my iPhone 4 at all.
Without further ado, here’s my video overview of the Apple Bumper case:

On the day before the iPad was released in the U.S., I placed an order for a DODOcase for my soon-to-arrive iPad. I was attracted to these cases because they look just like Moleskine notebooks and I wanted a case that would both protect and “camouflage” my iPad for use in public and the DODOcase looked like it would be perfect. I received the case just over a week ago and have been using it regularly and I love it, though I do have a couple of minor issues with it. Read my full review of the DODOcase to find out the details and see up-close-and-personal pictures of it in action. 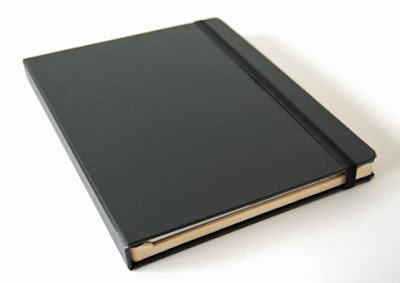 So, if you follow me on Twitter, you already know that I successfully obtained my iPad with nary a problem on Saturday morning. It was a pretty good experience overall and was lightning-fast compared to what it took to get my first-generation iPhone and my iPhone 3G. 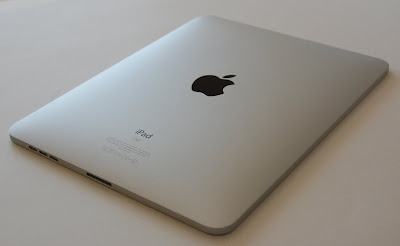 To recap briefly, I got to my selected Apple store (at the Rockingham Mall in New Hampshire – a bit of a ways from home for me but I like to go there to avoid the bigger crowds at the Boylston store and save on sales tax) at around 7:30 a.m. I first walked to the longer line (it was closer to the entrance I used) and saw that it was marked Purchases. I asked people there if they had pre-reserved an iPad and they said no and pointed me to the other line. I walked over to the other line, which was marked by a little sign that said “Reservations” and confirmed that those people had pre-reserved their iPads. There were only two people in that line. Yes, two. I got behind them with a huge grin on my face as third in that line. I was quite happy since I had been running later than I had planned, but this apparently wouldn’t hinder my ability to get an iPad quickly without spending the entire morning there. The first guy in line had arrived at ten minutes to 7:00, so he beat me by a good margin.

That first guy in line got a lot of attention from the press. Every reporter who showed up interviewed him and took pictures or recorded video. A few reporters seemed interested in talking to the woman who was second in line as well as me, but I acted uninterested and no one talked to me or took any pictures of me. I had no desire to show up in any papers or on the news, to be honest. I get enough “Look! Geek!” reactions in my daily life as it is, thank you very much.

Promptly at 9:00 am, the doors opened and everyone in the reservations line (around 60 or more by that time) rushed into the store. It took me a minute to realize that there was no order in the store – all you needed to do was find a specialist to get you an iPad and take your money in exchange. By the time I realized that the line order wasn’t a factor in getting helped, I had to wait a minute to find a free one and then get my iPad. I hovered around the iPad cases for a moment, not expecting them to have much in stock and picked out the Apple case in haste (I should have picked out a skin case since I already have a book-style case on order). Once I had it, I paid for everything and headed out. I was back at my car by 9:18 a.m. Woot!

So what do I think of the iPad? A few of my first impressions are posted at MacRumors. Beyond this, the iPad’s weight is still probably my biggest sticking point in terms of book reading (in lieu of a Barnes & Noble Nook I had almost purchased earlier this year, the iPad is going to spend a lot of time as my dedicated ebook reader). The screen is fantastic but the fingerprints it shows so easily despite the oleophobic coating are killing me – an anti-glare screen protector is definitely on my shopping list even though it will detract from the screen’s crispness a bit.

I find that I’m loathe to load iPhone apps onto my iPad. I tried a couple and they look shrunken and miserable in normal mode and even worse in 2x mode to take up the iPad’s entire screen. Yes, I’m spoiled – I want everything I see on my iPad to look sharp and wonderful, so it looks like I’ll just waiting for iPad versions of my favorite apps. Hopefully that won’t take too long.

I’ll have more impressions about my iPad, the Apple iPad case, and iPad apps throughout this week to post here in my blog. And I’ll be posting mini reviews and news on iPad apps for my day job over at AppShopper as well.

WOO HOO! Only a 47 hours, 43 minutes, and 10 seconds until the iPad is released! I will be at my local Apple Store bright and early on April 3 to pick up my pre-ordered iPad. I think I’m going to shoot for being in line at 7:00 am or so to ensure I’m somewhere close to the front of the line and can get in and out quickly to get home and play with it as quickly as possible. 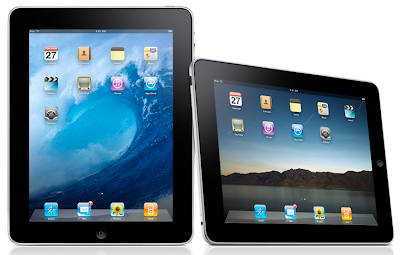 Of course, reviews by the big tech journalists are out now and I find it odd that they really didn’t seem to tell me anything I didn’t already know about the iPad from the initial announcement or the new guided tour videos Apple put up. None of them have changed my mind about getting one – not that any were overly negative anyway and I doubt that even terrible reviews could have changed my mind.
I’m still keeping an eye out for promising iPad cases and have found a few more that are intriguing. Among them is a case by TwelveSouth that should look like this case they make for the MacBook Pro – I’m hoping it will be a play-through case for the iPad. I also like the Wallet and Clutch cases planned by Happy Owl, though I would prefer just a simple notepad slot on the other side instead of an accordion pocket. There is a fantastic thread over at MacRumors.com that lists all case and iPad accessories on the horizon, which is where I found out about these two.
Also, Vaja is coming out with iPad cases as well, god bless their little hearts. I have always been a sucker for their cases (see my reviews of a couple of their iPhone cases here and here). Vaja has indulged me by putting out some of their iVolution cases for the iPad, but I’m waiting for one that opens like a book. Well, I’ll hold off for as long as I can, anyway.

The New York Times mentioned that Amazon is working on a Kindle app for the iPad (here’s the article I wrote about it on MacRumors.com). I think this is great news. As an avid reader who absolutely loves ebooks, I’m anxious to see Apple’s own iBooks app plus any other iPad app that makes it easy to browse and buy ebooks. While it still remains to be seen, I don’t think that Amazon will be able to include the ability to directly purchase ebooks in their app since this would allow it to compete directly with Apple’s own upcoming ebook store. Apple hasn’t allowed any app that allows you to purchase and download media directly to your iPhone (though streaming doesn’t seem to be an issue, as found in Pandora, Sirius XM, eyeTV, and others) and I don’t see any change to their general rule to prevent “duplication of functionality.”
iPad apps are already showing up in the App Store database – you can see some of them at AppShopper.com here.
Crap. That reminds me. I think I need to stock up on some iTunes gift cards (ideally purchased at a discount somehow) to help defray the costs I will inevitably incur this weekend downloading iPad-specific apps. Costco, here I come!