Since my iPhone 5 arrived, I’ve been anxiously awaiting the Lightning to 30-pin adapter that Apple announced on the same day it revealed the iPhone 5. My most pressing need for this adapter was for my car where my iPhone is essentially the center of my audio entertainment and navigation system. And I was worried that the new Lightning connector was going to blow it all to hell.

I have a fairly old-school (at this point) official factory iPod kit in my car that was originally meant to be used with plain old iPods. I was thrilled and surprised when it worked perfectly with the first-generation iPhone in 2007 and it has worked with every iPhone since then. I even kluged together a revised connection system to go with a dashboard holder a couple of years ago, which has been absolutely fantastic for my needs.

Apple had published little information about the Lightning to 30-pin adapter and it seemed very possible that it wouldn’t work with my existing system. But it was worth a try first before I scrapped my entire set-up and invested in a new kit that would be able to route all audio from the iPhone 5 through my car stereo system directly (my car has Bluetooth but lacks the A2DP profile for music, and I’d rather have a wired line out connection for music anyway).

My adapter arrived yesterday and after waiting several agonizing hours for my husband to get home (I’d forgotten he’d taken my car to work that day) I tested it out. And it works! 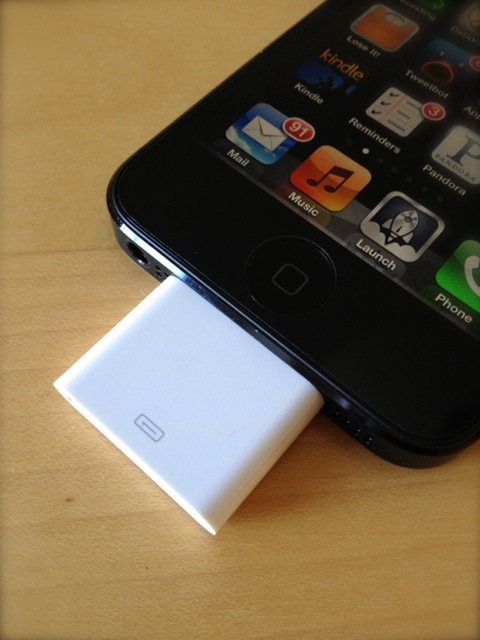 My set-up is a little bit more Frankensteinish with the addition of the adapter, particularly since it’s white and stands out so much against the black dashboard. But it works and frankly, I don’t give damn at the moment (though I will happily buy a black version if anyone makes one in the future).

Also, I can’t wait for an untethered jailbreak to come out so I can get rid of the “Accessory Connected” screen when connected to my car.

I did test the adapter with a few other accessories including an old Apple Hi-Fi speaker system and an iHome IP9 clock radio. It works with both but does not charge the iPhone 5 through the Hi-Fi.

The adapter fits flush with the bottom of the iPhone 5, so if you have a case that doesn’t have a wide opening on the bottom, it probably won’t work with it. It works with a flexible generic $5 silicone case I purchased through eBay but doesn’t work with a bumper case

I bought through Amazon.

Thinking about getting the Lightning to 30-pin adapter? Feel free to ask any questions about it in the comments.

If you follow me on Twitter and happened to be catching up on your timeline on Saturday evening, you probably caught a grand total of 192 tweets from my account made within the span of a couple of minutes. I wanted to take a moment to apologize and explain what happened.

Some of you may know me from my first blog, macgirl.net. I started that site in 2007 and switched over to this site a little over a year ago. Transferring the content from macgirl.net has been on my to-do list for a while and I finally decided to get started on it over the weekend by using a Blogger import tool. Once you start that tool, it runs all on its own and copies the content of each post on the old blog and creates a new post for each one on the new blog.

But I forgot about one key setting before I hit that Start Import button: the WP to Twitter plug-in that automatically tweets every new post on my site.

I didn’t realize what happened until my iPhone started buzzing from several push notification alerts for Twitter mentions and direct messages. Once I started reading them, I realized the extent of my mistake. And I panicked.

I hurriedly disabled the auto-tweet plug-in but the damage was already done. I then went to post an apology on Twitter but kept getting an error that I had exceeded my daily limit of tweets and to try again in a few hours. $#$@%^$%%^!!!!!

So I started replying to comments and sending apologies via direct message, which did work, thankfully. And then I went back and painstakingly deleted all 192 errant tweets one by one.

So that’s what happened. Sorry to all of my Twitter followers for inundating you with tweets about my old blog posts! I’m done with the import so it won’t happen again.

[frame]If you’re not familiar with my old site and are looking for a little blast from the past from a geeky girl, here are a few of my favorite posts from macgirl.net: 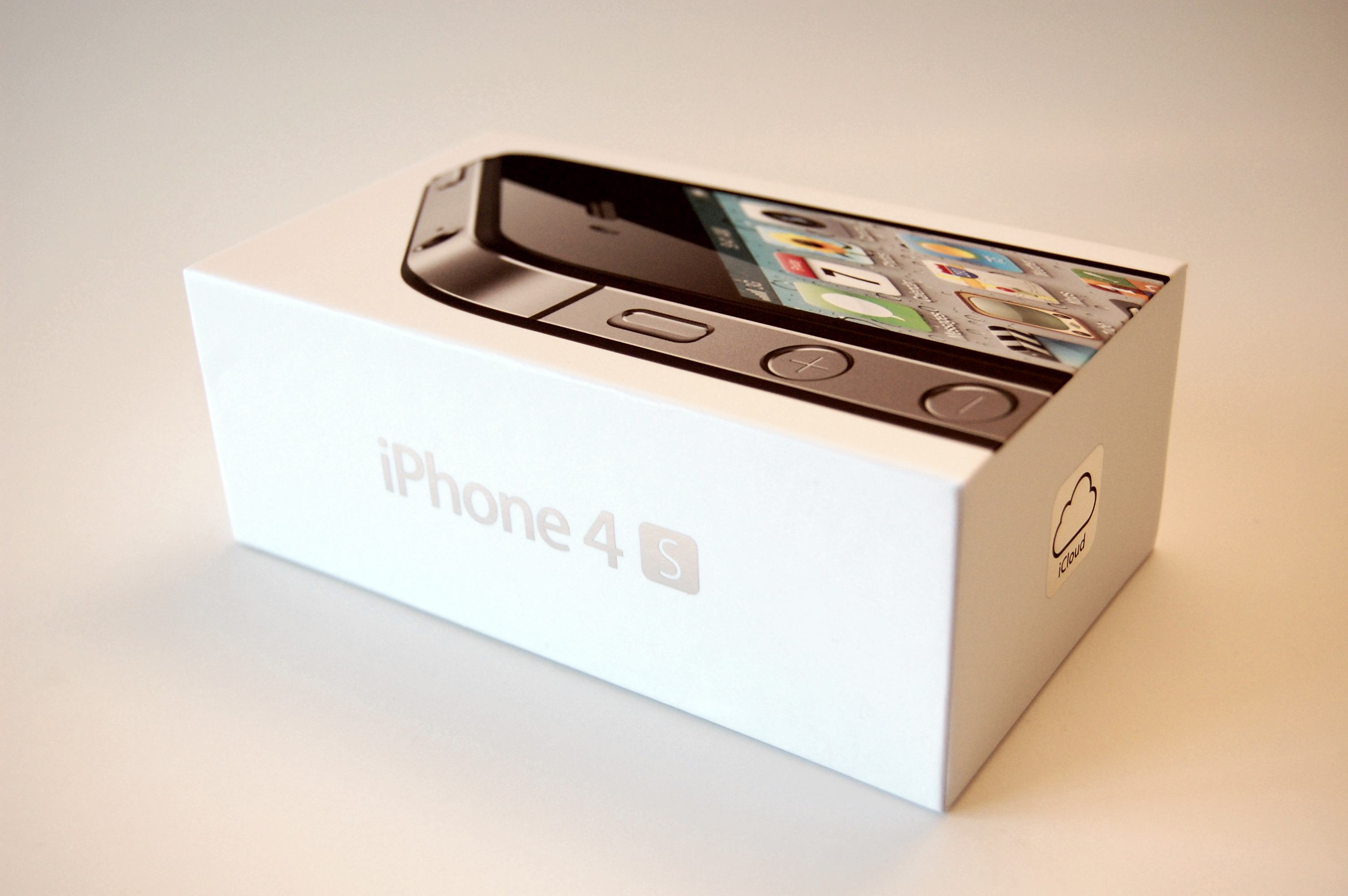 At around 9:15 a.m. ET this morning, I was puttering around the kitchen, having stepped away from my computer to make some coffee to begin the caffeine infusion that would render me coherent enough to work. My dog barked once and then growled, the low sound rumbling through his deep chest as he stared in the direction of the window.

I dismissed it as nothing since he goes through this exercise several times a day, often for no reason that I can see. But then I heard the grumbling of a large diesel engine and went to peek outside. It couldn’t be the UPS truck – it was way too early. The UPS truck usually hit my neighborhood around 11:00 a.m. most of the time. With my iPhone 4S delivery on schedule for today, I thought that I was going to be looking out the window and hearing ghost trucks a lot today.

But it *was* the UPS truck. And I squeed. I couldn’t even help it. It just popped out – a high-pitched, girly screech that made my dog stand up and look around to see what had bitten me.

END_OF_DOCUMENT_TOKEN_TO_BE_REPLACED

Note: These are my own opinions and observations and this is not the official stance or guidance of any of the sites for which I write.

About half of my day job consists of keeping tabs on new iOS and Mac apps, including writing features or full reviews of ones that catch my eye. Now, there are hundreds of thousands apps in the App Store and I know that it’s hard for you developers to capture the attention of the blogosphere to get a bit of love for the most recent by-product of your sweat, blood and tears. To help you out (and to vent a little frustration about what happens far too often, frankly), I’m posting this guide on what to do and what not to do to when submitting your app for consideration for review on a major site.