So Chris and I got off on a bit of a tangent at the start of this episode (now available through iTunes) and somehow started talking about the actress Megan Fox. I remembered an odd factoid about her – she has an inherited condition that resulted in shortened thumbs. And that’s where the title of this episode came from.

After this tangent, we talked about the first purported iPad mini part leak and speculation about the size and design of the rumored device that indicate it will look like a large iPod touch with a slimmer bezel compared to all iPad models to date. Also on the docket were lots of iPhone 5/sixth-generation iPhone rumors that indicate that the new iPhone will be available for pre-order on the date it’s announced, which is shaping up to be September 12 with an actual release on September 21.

END_OF_DOCUMENT_TOKEN_TO_BE_REPLACED 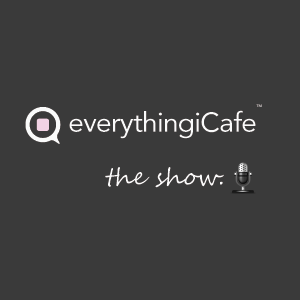 I’m a little behind in posting about this one but a new episode of the everythingicafe.com podcast is available through iTunes. In this episode (number 57, in case you’re keeping track), Chris Meinck and I talk about some iPad mini rumors and some demands a consumer organization in Australia is making of Apple in relation to the new iPad.

We also talked about a couple legal issues Apple’s involved with, namely the Lodsys patent suit and a recent decision that allows Apple to intervene a bit in this suit on behalf of developers, and Apple’s response to the Department of Justice about the claims that Apple colluded with book publishers to set ebook prices.

My Teh Awesome of the week was Osfoora, a Twitter app for the Mac. I think I may have mentioned Osfoora for the iPhone and iPad in a previous episode but a recent update to the Mac app added Tweet Marker, a service that keeps your timeline position in sync across apps that also use this service, regardless of platform. Since I read Twitter on a variety of devices, this feature is incredibly useful for me. (On the iPhone and iPad, I use Tweetbot, which also makes use of Tweet Marker.)

Chris’s Teh Awesome was iTunes Match. He did a walkthrough of how to set up this service and he is very happy with how it lets him access his entire library from anywhere and lets you replace music you’ve ripped at a low quality with a higher-quality version from Apple. I also subscribe to iTunes Match and I’ve been pretty happy with it as well.

[frame]As I mentioned in this episode and the last one, I’ve got a review of the Morris Lessmore DODOcase for the iPad 3 that I ordered last month coming up. I finally recorded the video review this weekend and I’ll post it tomorrow, so stay tuned.[/frame] 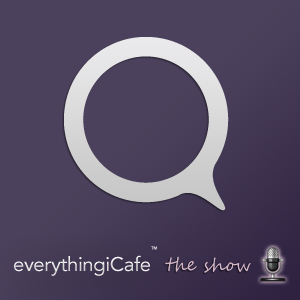 Chris Meinck and I recorded episode 51 of the everythingicafe.com podcast earlier this week and it’s available through iTunes now for your listening pleasure. If my site cooperates, it should also be available right in this post using the embedded player above if you’re using a Flash-capable browser.

Chris and I talked about iPad 3 rumors that peg March 7 as the announcement date for the next iteration of Apple’s tablet. We expect it to have a retina display and quad-core processor at the very least when it comes to new features. Rumors also indicate it will have 4G LTE though I’m not sure if Apple will make the leap to 4G quite yet when it’s not available yet in the iPhone.

Also on the agenda was an article from the Wall Street Journal claiming that Apple is testing an 8-inch iPad. I, for one, would love a smaller iPad since I mostly use my current iPad 2 as an ebook reader and I’d like a more portable version. I’ve owned a Kindle before and think that size is pretty ideal for ebook readers.

We also talked about Foxconn a little more, a topic we covered quite a bit when the company was getting a lot of coverage in the news a few weeks ago because of poor working conditions. The manufacturer is going to getting a visit from the Fair Labor Association who will conduct audits of the working conditions. We hope that some improvements will result from this.

Last on the agenda was some news about Path, an iPhone app that got a lot of publicity recently since it was uploading the entire contents of users’ contacts lists without requesting permission to do so. Path has since changed this but they caught a lot of flak for this, and rightly so, in my view.

We did have a listener question from nanikai (thank you!) about apps that come in separate iPhone and iPad versions compared to universal apps that are optimized for both the iPhone and iPad at the same time. This is a hot topic for many since I’ve seen a lot of people get upset when they have to pay twice to get an app for both an iPhone and iPad. Chris and I have had a lot of experiences with these and have some fairly strong opinions on the topic.

My Teh Awesome of the week was Temple Run, a great game by Imangi Studios that I’ve been playing a lot lately. Chris had two selections for the Teh Awesome part of the show this week. The first was the app Mealtime, a neat app that helps you discover new restaurants. His second selection was the Spigen SGP GLAS.t screen protector for the iPhone, which he recently reviewed.

I’m out of town for a week and will not be available for a podcast on our regularly-scheduled day this week so we’ll pick back up on our regular Tuesday recording schedule on February 21.

I currently have only one Mac, which is not out of the ordinary for me since I have almost always had a second computer (usually a PC) through work with my Mac at home for personal use. However, my MacBook Air has become my primary computer for work and home and I’ve been recently toying with the idea of getting an iMac to be my “main” computer and keeping my MacBook Air as my – you guessed it – mobile computer for when I work off-site and travel. No, my MacBook Air hasn’t let me down and does everything I need it to do. But have you seen the latest iMacs? Can you say pretty?

I already have a MobileMe account, which would make it easy to keep things in sync between both of them. I have a 20″ cinema display which I could sell to help raise funds to get one. My husband would have a conniption and ask me why I need two computers and I wouldn’t be able to have a good reason except to say that I just wanted one and that they’re pretty. Which, unfortunately, would not fly. Not one little bit. Though I suppose if I asked him why needs 3 complete sets of fairings for just one of his motorcycles (at about $1,000 per set), 2 portable generators of the same model (when he only uses one regularly), and a garage full of other mechanical goodies that have slowly assimilated every one of my own tools and mechanical gadgets, he might ease up a little. Maybe. Dorkface.
Of course, the more I keep thinking about this, the more I remind myself that I really should wait for this tablet that keeps popping up in the rumor mills. What if Apple really does put out one of those and it somehow makes sense for that to be my mobile computer over my MacBook Air? Then I could sell my MacBook Air and display and get an iMac and the tablet, which would make more sense for the use I have in mind. 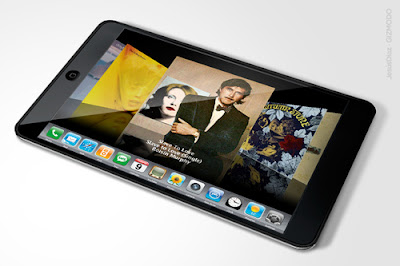 Image courtesy of Gizmodo
If this tablet does come to fruition, I’ll be really interested to see how text entry on it works. I’m pretty speedy on a regular keyboard at around 90 WPM. I’m fast on my iPhone but it’s still far less comfortable to type on than a regular keyboard if I have the choice. Of course, Apple would probably not intend for it to be like a stand-alone computer that could cannibalize MacBook sales. I could see it as a large iPod touch-like device with the ability to connect to your home computer remotely to view media and files. However, if that puppy comes with a pop-out stand to keep it at a good viewing angle and can connect to a Bluetooth keyboard, I still might consider that a worthy purchase. Oh, who am I kidding? If Apple puts out a tablet, I’m getting one whether or not I really need it. I’ll get you my pretty! And your little dog, too.